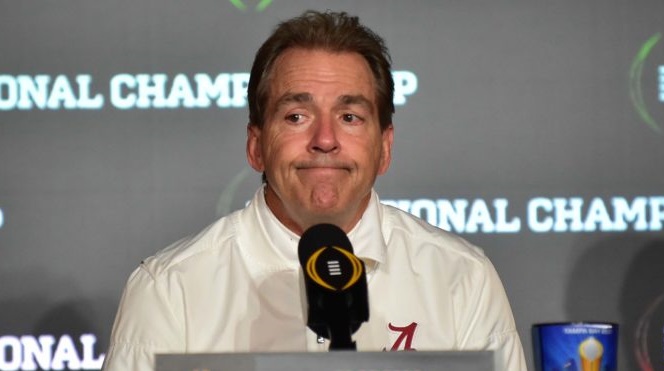 Democrats have all but conceded that they can’t honestly defeat Judge Roy Moore in the upcoming Alabama Senate election on Tuesday so they’re pulling out all of the stops because they know they can’t win on the issues. They have a far-left candidate, Doug Moore, who’s anti-American positions include anti-life, anti-borders, anti-Second Amendment rights, and pro-bathroom perverts just to name a few.  Jones and his campaign can’t win on these issues, so he isn’t running on them. The Democrat Media, colluding with the Democrats and the GOP establishment led by swamp-dweller Mitch McConnell, can't mention Jones’ positions either, but are instead depending on the political character assassination smear campaign against Judge Roy Moore.

Politistick is reporting a scummy little group of Proglodytes called American Bridges are running deceptive, if not silly, ads encouraging Alabama voters to vote for the most popular man in the state (well, outside Auburn)  the University of Alabama head football coach Nick Saban as a write-in candidate rather than vote for Roy Moore.

The strategy here is clear. If they can peel off a few hundred or thousands of votes by Republicans who’ve bought into the fake news media’s attacks against Judge Moore, it may be enough to push Doug Jones over the finish line."

The video, published by American Bridges, shows step-by-step instructions for voters, telling them not to vote along party lines, to fill in the bubble next to the write-in slot and to write-in the candidate of choice, providing Saban as the example. - The Hill