Historic City to Change Name in Response to LGBTQ Protest 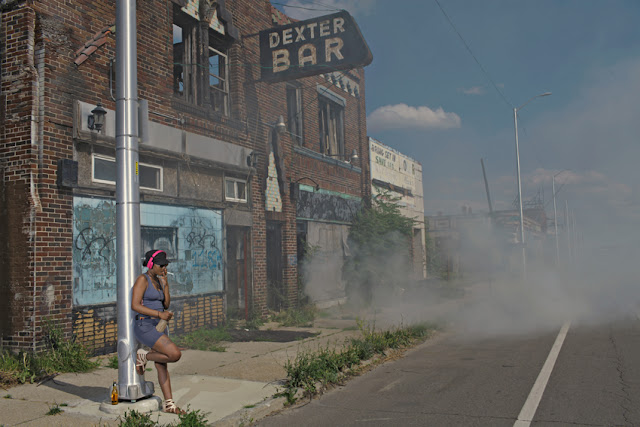 Detroit Bends Over to Gay Protest of Homophobic City Name

I guess this was inevitable. It was only a matter of time before the LGBTQYXZ social justice warriors figured out that Detroit was French for “of the straits,” and even though “strait” in no way means the same thing as “straight,” who cares? Things that come alive on the Twitter make as much sense as an episode of Will & Grace, and don’t ask me to explain any of those. It’s 2018 and SJWs get results quickly:

The City Council met in an emergency session just hours after Mayor Duggan’s apologetic tweet, and voted unanimously to change the city’s name to 'D’efféminé.

Everything changes now. Well, not the Lions sucking at football. But most everything. D’efféminé will still make cars, but no more of those gas-guzzling pickups. We’ve done enough feeding of all that machismo in Warren. Suburban Ferndale is concerned about losing its residents, but that’s a topic for another day.

At least it still starts with a D. The locals won’t have to get rid of those weird English letters on their hats. But now that they have to get used to D’efféminé, Michigan. I wonder if they don’t need to update their headwear to reflect the more properly sensitive.... sensibilities with which the letter represents the city.

There were a few people who objected to the change. They called themselves "Don’t Take Our Troit", or DTOT for short.

They argued that: a) “of the straits” has nothing to do with heterosexuality, and isn’t even spelled the same; b) this is really, really stupid; and c) all those Canadians across the river are laughing their little dandy canuk asses off. The group spoke to WXYZ-TV to express its objections. The response to DTOT came swiftly in the form of a joint statement from General Motors, Ford, Chrysler, Blue Cross Blue Shield, the UAW and Mitch Albom. It said:


“We denounce in the strongest terms the bigotry and hatred of DTOT, which we can’t help but note could also stand for 'Donald Trump Our Thicky'.

The D’efféminé community must come together and oppose all forms of hatred and intolerance, and if that requires members of DTOT to be thrown from the Ambassador Bridge, tolerance must be protected at all costs.”

On Friday night, the D’efféminé Tigers will host the Cleveland Indigenous Peoples for the first of a three-game series. We could not confirm at press time that Kid Rock will be sitting alongside Chief Wahoo at the game, but things happen quickly in D’efféminé, Michigan.

* Middle Finger News Service is a registered subsidiary of Diogenes' Middle Finger Inc. Ltd. RCC, RSVP, POD. Not to be confused with uppity, poorly done imitation fake news purveyors like CNN and MSNBC.  Middle Finger News brings you only the best and most honest REAL Fake News. We Stay Over The Target.  Accept No Imitations.  "Unamerican and Uncosmopolitan, Despicable Hooligans"....... John Kerry