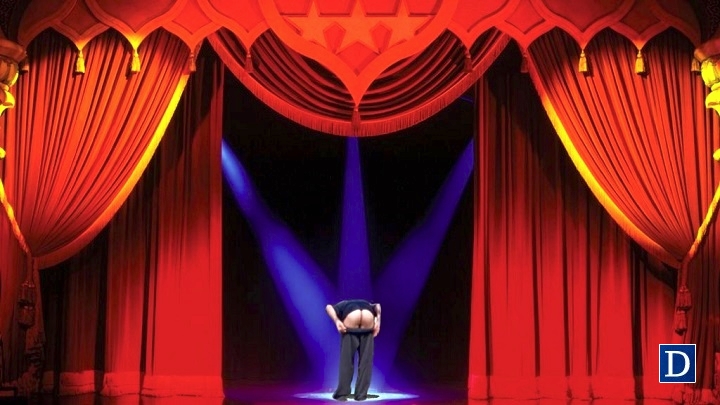 The Oscars Academy Is considering going forward with No Host at All. That's probably because of the #WokeStasi political purges, and no one in their right mind would put himself through the Struggle Session Gauntlet of going on TV and and pretending to enjoy themselves, telling terrible jokes and knowing there's someone just waiting to pounce on a wrong word.

This will be a spectacular televised demonstration of The Great Disappearing, because they #Purged the last one and no further volunteers for the bloody altar of Political Correctness are volunteering.

And we'd have an Oscars with no audience and no host.


Kevin Hart's abrupt departure as Oscars host has left the Academy of Motion Pictures Arts & Sciences scrambling to find someone to take the gig. As of now, the situation remains fluid as the group's leadership explores options, including going host-less.

The Academy is now said to be gun shy about going with someone anyone who might be too edgy..."

Another option being tossed around is not having any host at all, but rather "a bunch of huge celebs, something 'SNL' style, and buzzy people" to keep the show moving..."

Yes, let's see a group of people we can hang from the fucking lampposts for our Ritual Mortification Amusement.

And I saw a strong Tweeter proclaiming with a loud voice, Who is worthy to open the envelope, and to loose the seals thereof?

And no man in hollywood, nor in the comedy circuit, was able to open the envelope, neither to look thereon.

And I wept much, because no man was found worthy to open and to read the envelope, neither to look thereon.