What Is it About Jeffrey Toobin and Stepping On Rakes? 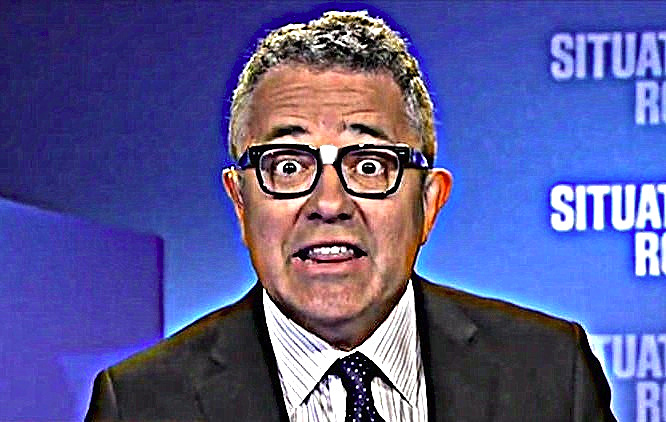 The number of people in the media losing their minds over what the Mueller Report says, or rather what is not saying, continues to grow. CNN has been particularly all-in on the idea that Trump has got to be guilty of something, and is going wall-to-wall with its coverage of insinuations. But, it’s not the on air personalities that are doing the best analysis out there. It’s the people who are payed “analysts” for the network, all of whom have a very inflated sense of self-worth, who are firing away with some of their best material. Aside from the mumbling semi-senile, one trick pony Carl Bernstein, none is more entertaining than Chief Legal Analyst Jeffrey Toobin, who is very good at being not good at legal analysis. Toobin, who seems to have acquired a love of publicly stepping on rakes didn't disappoint us today:

The responses from blue checks were swift and merciless. A few examples: 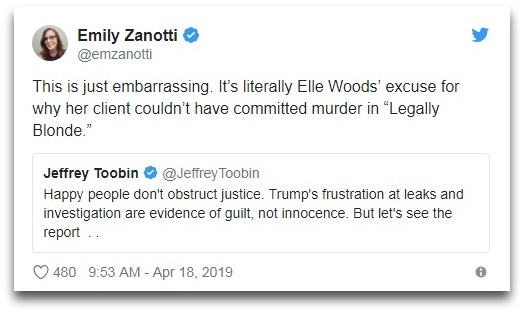 Jeffrey is using the classic Elle Woods legal philosophy here. If you’ve ever seen the movie 'Legally Blonde', then you know that "exercise releases endorphins, endorphins make people happy, and happy people don’t kill their husbands." Toobin expands this legal theory into a custom analysis of Trump’s behavior during the Mueller investigation. 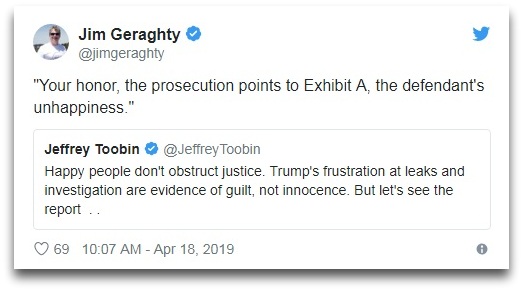 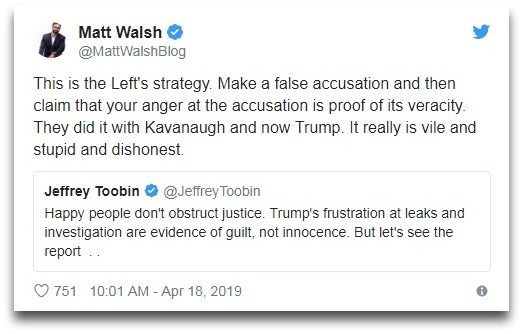 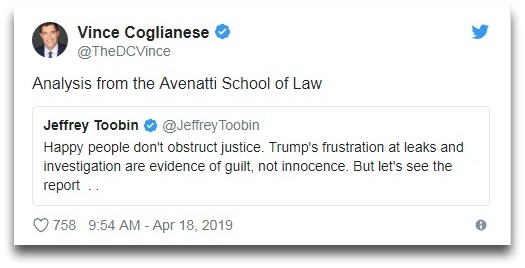