A DMF Tribute to the Late Great Chris Matthews

Chris Matthews tonight announced his retirement from MSNBC after twenty years with the network: "After a conversation with MSNBC, I decided last night will be my last Hardball."  In other words, they called him out for being a creep. He said goodbye and walked off the set. But in honor of one media personality that never failed to give such rich and robust material to the conservative blogosphere, we look back on a few of Chris' highlights from years past. 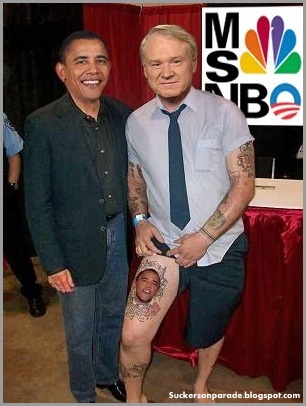 MFNS-Washington DC.- In the final minutes of the MSNBC coverage of Donald Trump being sworn in as 45th President, in order to steer the subject away from Trump, Chris Matthews invited several of the network’s past and present commentators who covered the Obamas over the last 8 years to pay tribute to former First Lady Michelle Obama.


CHRIS MATTHEWS:  A couple of days ago the remarkable Michelle Obama celebrated her 53th birthday. I thought we would end tonight’s show by taking a few moments to reflect upon a sensational African American first lady. Ed Schultz, my good union friend, your thoughts on our gracious former first lady.

ED SCHULTZ: I know that she’s a beautiful lady, Chris. I can tell you that.

MATTHEWS: So you wouldn’t kick her out of bed for

SCHULTZ: For eating crackers? Heck no. She can eat all the crackers she wants. Hell, she can eat a greasy double cheeseburger with a side order of cheesy fries and wipe her hands on the sheets.

AL SHARPTON: (smiling) What would a good lookin’ Black African American woman of color be doing in bed with a fat white boy like you, Ed?

SHARPTON: Are you frantrasizing about Michelle Obama or the double cheeseburger?

MATTHEWS: What about you, Rachel. You’re a lesbian, would you kick the first lady out of bed?

RACHEL MADDOW: (clears her throat) Well, I think Mrs. Obama is a remarkable and inspirational woman, but she’s not really my type.

SHARPTON:  Ain’t your type? I hope you’re not talking about her African American color.

MADDOW: Of course I’m not. I just like smaller girls. It’s nothing personal.

SHARPTON: Are you saying Mrs. President’s behind isn’t enough for you?

MADDOW: No, why would you say that?

SHARPTON: There are some white folks who say she got a big behind. 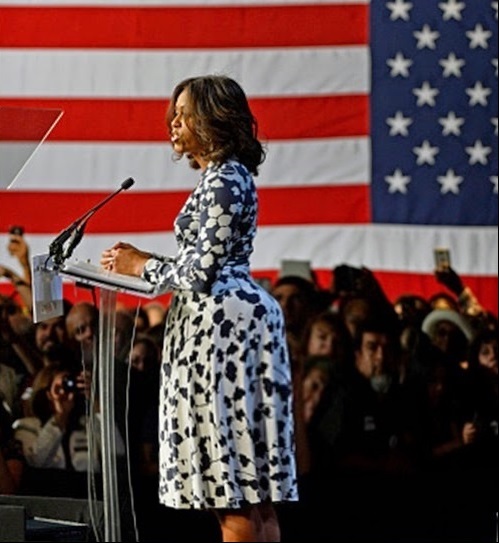 MATTHEWS: You know what is big about the first lady? Her heart.

SCHULTZ: She does have a mighty big heart. You don’t have to be a union member to see that.

MATTHEWS: How ’bout you, Melissa?

MATTHEWS: Everybody knows about my man crush on President Obama, but Mrs. Obama is just too attractive. I could never compete with her.

MADDOW: If I may steer this conversation away from the first lady’s robust hind quarters, I think Mrs. Obama’s focus on social issues has been wonderful.

SHARPTON: Are you uncomfortable, Rachel? I’ve noticed that lesbians are more secreeted than them homos are. Why is dat?

SCHULTZ: That’s probably why the gays use lube.

MADDOW: I don’t think lesbians are more secretive than gay men, Al, I’m just personally not very open about myself in public. It’s just me, not my sexual orientation.

SHARPTON: I don’t think any woman, be it a lesbo or normal woman, should open up in public. Dere's lots of weirdos out there with camera phones.

MELISSA HARRIS-PERRY: Christh, shouldn’t we have more of an inclusthive group talking about our beloved firsth lady.

MATTHEWS: Melissa has a valid point. I’m ashamed that we don’t have a Latino voice among us.

MADDOW: Or a transgender voice.

MATTHEWS:  I tried to get Bruce Jenner on the show but he’s still recovering from having something or other removed.

SCHULTZ: And I for one wish him a speedy recovery towards whatever it is he’s becoming. We don’t have an Asian or Native American voice with us either, Chris.

SHARPTON: Or a midget.

MADDOW: Or anyone physically challenged.

SHARPTON: Melissa has a lisp.

MELISSA HARRIS-PERRY: But I don’t know if it allowsth me to be a represthentative for the physthically challenged community, doesth it?

MATTHEWS: Look, I’m the first to admit we have too many white people on this network. My audience knows the distaste I have for the color of my skin. I've apologized profusely for being a white male, not just on my show, but in grocery stores and even bus stops. I was born this way and with God as my witness, I’d take my own life if I felt it would save a person of color, a woman, an LGBT person or an undocumented worker from any more pain.

SCHULTZ: I’m with you on that, brother.
(Chris Matthews and Ed Schultz high-five each other)

MELISSA HARRIS-PERRY: (wiping tear from her eye) That was stho sthweet. Imagine a world where all white men could feel that kind of shame.

MATTHEWS: I can only hope that MSNBC’s valiant efforts to disparage, condemn and shame white people has helped our first lady to feel more proud of her country.

MADDOW: I have no doubt the first lady is pleased with our tireless fight. 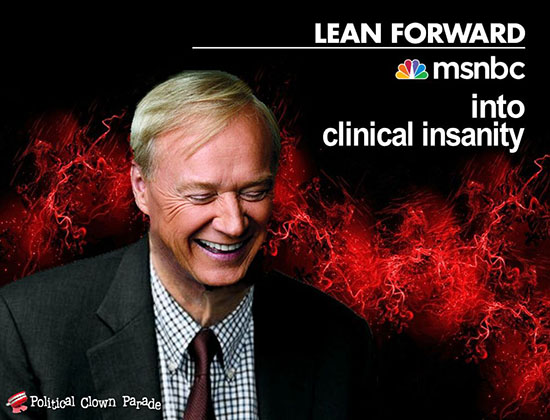