One Fabulous Protest Awaits Trump's Arrival In The U.K. 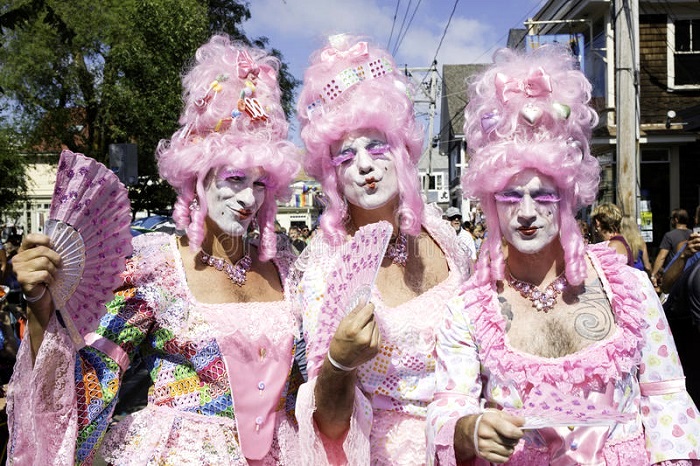 Having grown up in Europe I can tell you the only thing more annoying than your average British girl, are British Drag Queens. When Donald Trump visits the UK later this summer he will be met in London by throngs of ugly men in dresses & make-up preening and sashaying around in protest of his mythical anti-gay policies. What these drag queens hope to achieve is anyone’s guess. They may be still a tad mad about the Revolutionary War thing, or maybe that War of 1812 epic beatdown they got at the Battle of New Orleans.  But I suspect their anger is really sequin related.

In a Facebook event organized by a queen named 'Cheddar Gorgeous' - cleverly titled “Drag Protest Against Trump UK Visit” and set for Trump’s July visit, put out the call:


"Calling all drag kings, queens, queers and our allies to march against President Donald Trumps UK visit. Due to the appalling way the Trump administration has regarded the rights and welfare of LGBTQI communities of the US, the idea of a Trump visit to the UK is unacceptable. Let's get visible, stand with our sister's, brothers and others in America, and show that we are a country that celebrates diversity."

Yeah, we hear a lot about how well that British Death March into diversity is working out.

Cheddar Gorgeous tells us in a column in the leftist rag The Guardian why he/she they are so furious at our President:


"The actions of the US president have been decidedly unfriendly to LGBTQI people, people of colour, migrants and women have also been the subject of controversial policies, offensive remarks and ill-thought-out tweets. It feels as if the Trump administration seeks to use diversity as the scapegoat on which America is apparently made great again … and, to top it off, he failed to recognize pride month."

He failed to recognize pride month? *gasp* Finally we get to the bottom of this drag queen anger. Trump didn’t recognize National Doughnut Day or Talk Like A Pirate Day either, but that doesn’t mean he’s anti-bear claw or a Piratephobe. He’s the President of the most powerful country in the world and maybe he has bigger issues to deal with than giving a nod to unimportant crap. And just For the record, Donald Trump is the first US President to enter office as a supporter of gay marriage. Bill Clinton was against it and even signed a bill banning it. Barack Obama was against it until his second term, when he decided it was safe to support. But we all know know when it comes to Trump, lefties really hate those pesky facts. 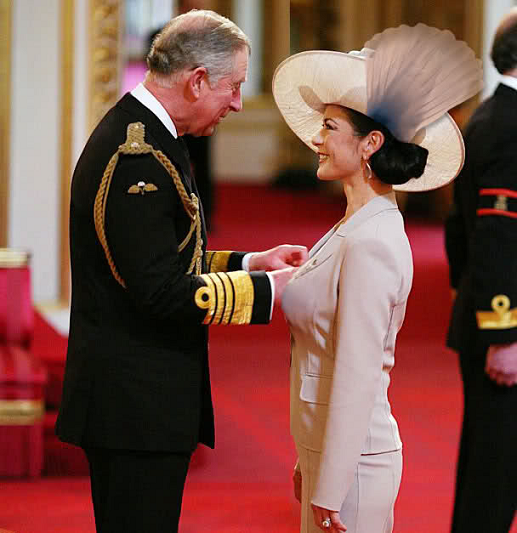 Donald Trump is set to meet with Prince Charles this June when he visits Britain, which may turn out to be awkward given the fact that Trump previously told Howard Stern that he totally could have “nailed” Princess Diana and was also pretty obsessive about pursuing her after the royal pair broke up back in the ’90s. Reportedly, Trump sent her an absurd amount of flowers after her divorce. But it may be awkward for other reasons as well! Apparently, Prince Charles has already been warned by Team Trump to not “lecture” The President about climate change.

Here are some hilarious things that were reportedly said about the potential meeting, via The Times of London:

"A source close to Trump said: “He won’t put up with being lectured by anyone, even a member of the royal family. Frankly, they should think twice about putting him and Prince Charles in the same room together.”

"A senior government source familiar with the discussions said: “Trump’s people are worried about an awkward moment, with Charles saying ‘Why don’t you believe in climate change?’ or ‘Have you read my book?’

“They do not want the president to be put in an awkward position where he’s being lectured. They want horses down the Mall, tea with William and Kate. They want all that pomp and for it to go seamlessly, and one of the risk factors is Charles."

THE BRITS WANT HORSES AND TEA!  HORSES. AND. TEA. And a golden goose that lays gold eggs for Easter. And the horses should be painted gold and have wings and they should all bow before the Prince as he walks past them. But everyone at the WH hopes William and Kate will drink tea with Donald and Melania and all the British rags will write stories about how nice they all looked doing that.

You see, Donald Trump has already made up his mind on climate change, and Prince Charles might just be jealous, because a billionaire and a man with real power lusted after his Ex Ol' Lady, and he has to wake up now every morning to Camilla!

So the Creepy Future King was advised to put a sock in it and be nice, and maybe he won't get some dumbass gifts like Barky had a habit of giving. 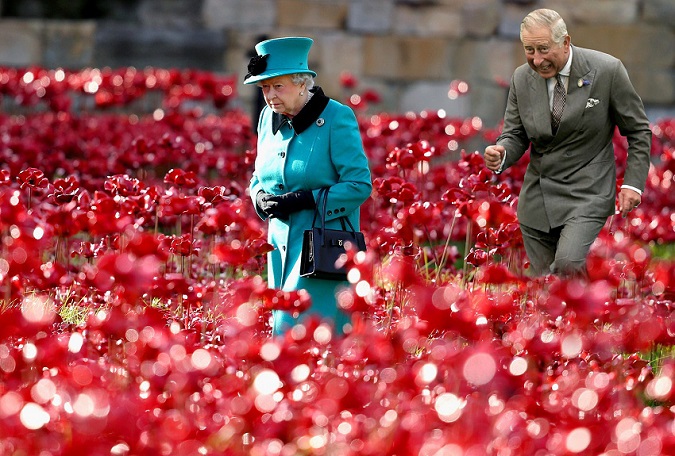