Kampala Harris Supports Legal Discrimination Based on Race and Gender. 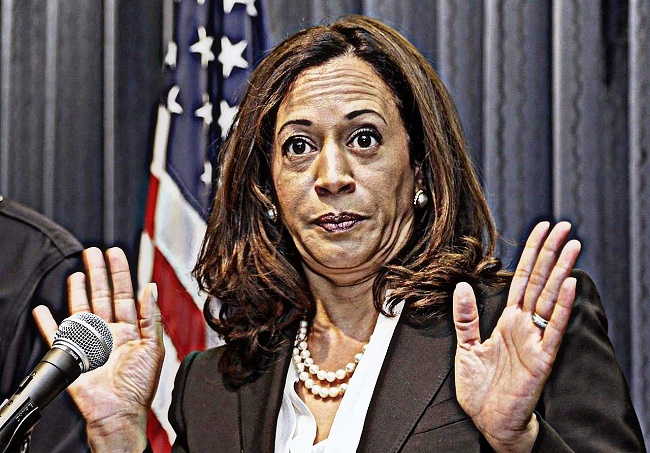 More than two decades after the voters of California passed a sensible, non-discriminatory measure that outlawed programs that give preference to any group over another, making it unlawful for the state and local governments to discriminate against or grant preferential treatment to people based on their race, ethnicity, national origin or sex, some on the far left sees it as a roadblock to their racial agenda.
You see in this day and age, now that you are judged to be racist, or not racist simple by the color of your skin, some feel the only way to make things right in a racist america is to replay the past in reverse. This bring us to the effort to repeal Proposition 16, spearheaded by Assemblywoman Shirley Weber, a San Diego Democrat and chairwoman of the California Legislative Black Caucus who through a feat of mental gymnastics tied the Prop16 to the death Floyd George hoping to capitalize on the Black Lives Matter bandwagon.
Prop. 16 most publicly vocal supporters include none other than The Voodoo Queen herself, Senator Kampala Harris, nominee for vice president President, as well as the self avowed Marxist Black Lives Matter movement co-founders,  professional sports teams and a gaggle of California's numerous far left adherents of all types. They argue that programs are needed to help level America's systemically racist playing field.  In truth, it's all just a blatant power-play to legalize soft discrimination by a power hungry group who realizes it's not, and never will be a majority thanks to those Mexcans and Chinamen.
Opponents of the repeal include Ward Connerly, businessman and former University of California regent who helped write the 1996 initiative and rightly believes government should never have the power for any reason to discriminate by race or gender, and the only way to stop discrimination is to end it in any form. FULL STOP.
But Kampala and her friends see things different. One person's success as another person chance at success denied because RACISM. Punishment for the past may need be dealt!
Tom Campbell, a former dean of the Haas School of Business at the University of California, Berkeley, said the legacy of slavery and Jim Crow segregation laws exists. But he said“I just will not engage in this method of correcting that, because it is wrong to the individual kept out because of her or his race.”
The proponents of the repeal are Kampala's people, the very type people we can look forward to infecting our government if Biden wins Nov. 3rd.
~ Thank You WHATFINGER NEWS & MJA@IOTWReport for the Linkage! ~