Get Your Notorious RBG Bra Right Here!- Harper Wilde to show their support for the women who will serve in Congress.

"I'm scared by him. I can’t imagine what his 3 a.m. is like."- What starlet was in danger from Harvey Weinstein, when Streep knew about him, and kept his secret? What about her 3 a.m.?"

Some people clean your windshield for money while you wait at a traffic light, some people hold cardboard signs. Then there's this acrobatic trio

Media Platform Commits Suicide -  Tumblr's announcement that the blogging network will no longer permit pornographic content on its platform has been met with much weeping and gnashing of teeth. Seen by most non-users as a haven of pornographers and communist 14-year-olds who believe they're actually elves or wolves or dragons or some such nonsense. Not many F**ks given.


And In the Spirit of the Season, a Holiday Bonus:


~Thank You WHATFINGER NEWS for the Linkage!~

A Breeding Ground for Thoughtlessness and Contempt. Twitter is poison to American political discourse. In fact, if you set out to design a platform that would poison America’s discourse and its politics, you’d be hard pressed to come up with something more destructive than Twitter. Twitter has the flaws of the old Usenet newsgroups, but on a much bigger scale.

Worse yet, the heaviest users of Twitter are journalists and political operatives. They tend to have lots of short episodes of downtime and fill them with Twitter. There’s a big psychic reward to issuing a bon mot — usually a put-down — and being cheered for it by your friends and political allies. But the end result is a lot of off-the-cuff meanness. Few tweeters even follow the links they retweet to read beyond the headline. And spending hours a day in this environment can’t help but affect their other work.

Some say the sharp partisanship we see on Twitter from allegedly objective journalists is a useful revelation: Finally, we’re seeing their true selves. There’s much truth to that. 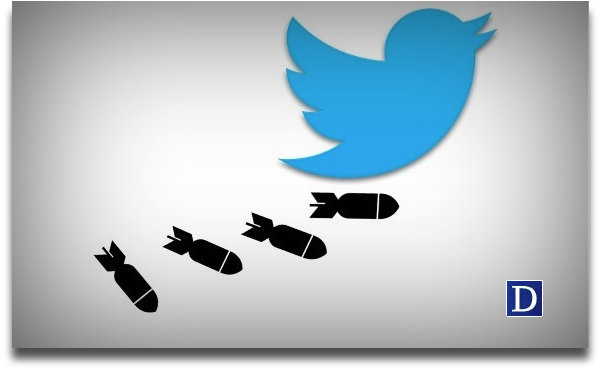