"Two different conservative organizations with whom we’ve got contacts have received letters from Sen. Dick Durbin’s office today which look an awful lot like the actions that precipitated the IRS scandal. Apparently there’s a massive fishing expedition afoot.

"This came to the our buddy Kevin Kane at the Pelican Institute."

"Although ALEC does not maintain a public list of corporate members or donors, other public documents indicate that your organization funded ALEC at some point during the period between ALEC’s adoption of model “stand your ground” legislation in 2005 and the present day. I acknowledge your organization’s right to actively participate in the debate of important political issues, regardless of your position, and I recognize that an organization’s involvement with ALEC does not necessarily mean that the organization endorses all positions taken by ALEC. Therefore I am seeking clarification whether organizations that have funded ALEC’s operations in the past currently support ALEC and the model “stand your ground” legislation. I ask that you please reply to this letter by answering yes or no in response to the two questions below. Please feel free to provide additional information explaining your yes or no response.

1. Has Pelican Institute for Public Policy served as a member of ALEC or provided any funding to ALEC in 2013?

2. Does Pelican Institute for Public Policy support the “stand your ground” legislation that was adopted as a national model and promoted by ALEC? Please provide a response to this letter by September 1, 2013.

Note that I am sending similar letters to other organizations that have been identified as ALEC funders at some point between 2005 and today. In September, I plan to convene a hearing of the Senate Judiciary Committee Subcommittee on the Constitution, Civil Rights and Human Rights to examine “stand your ground” laws, and I intend to include the responses to my letters in the hearing record. Therefore, please know that your response will be publicly available. Thank you for your attention to this request. Please feel free to contact Dan Swanson or Stephanie Trifone on my staff at 202-224-2152 if you have any questions. I look forward to receiving your response.

"We heard earlier today that the Center for Security Policy received a similar letter."

"What’s going on here isn’t difficult to ascertain. The Left has decided that Stand Your Ground laws need to be demonized and/or repealed, and as a result they’re going to attempt to shame and intimidate the people they think are responsible for them. And Durbin said last month he was going to crank up a dog and pony show in the Constitution, Civil Rights and Human Rights committees he runs in order to cast those laws as discriminatory – despite the fact that, at least in Florida, black people disproportionately avail themselves of them......."

"Congressional investigators this week released emails suggesting that staff at the Federal Election Commission have been engaged in their own conservative targeting, with help from the IRS's infamous Lois Lerner. This means more than just an expansion of the probe to the FEC. It's a new link to the Obama team...."

"This matters because FEC staff didn't have permission from the Commission to conduct this inquiry. It matters because the IRS is prohibited from sharing confidential information, even with the FEC. What the IRS divulged is unclear. Congressional investigators are demanding to see all communications between the IRS and FEC since 2008, and given that Ms. Lerner came out of the FEC's office of the general counsel, that correspondence could prove illuminating." — Kimberly A. Strassel, The Wall Street Journal

The World's Most Interesting Newspaper, the Daily Mail, comes through again, posting a picture of Tavon White.

Tavon is the head of the Black Guerilla Family prison gang inside a Baltimore jail, where he fathered five babies by four lady prison guards. Thirteen female corrections officers essentially handed over control of a Baltimore jail to gang leaders. The officers were charged Tuesday in a federal racketeering indictment.

I'm not sure why the Washington Post and other American media  outlets hadn't posted Tavon's picture. Perhaps they were trying to battle racial stereotypes. After all, without pictorial evidence, how could anyone have guessed that Tavon White is black? Or maybe they couldn't find a picture of Tavon at age 12 like they found of Trayvon?
© Posted By Diogenes Sarcastica™ on 4/25/2013 03:14:00 AM 2 comments: 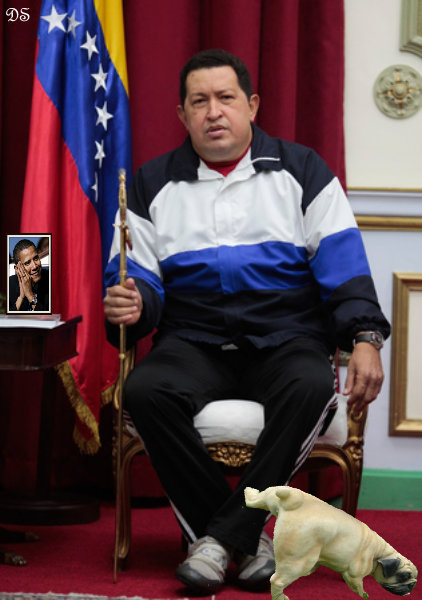 "It's beginning to look a lot like a Christmas power grab. Get ready for a Chavista coup in Venezuela if Chavez does not recover by January 10.

Diosdado Cabello, president of the National Assembly said on Saturday that opponents of Hugo Chavez "should harbor no hope whatsoever" that Chavez's inability to be sworn in as president of the country on January 10 will cancel the results of the past election or trigger a new one within thirty days, as required by the Venezuelan constitution.

He also said that if Chavez fails to show up on January 10 there would be no interim solution, and that neither he himself nor Nicolas Maduro (Chavez's hand-picked successor) would assume the presidency. In other words: Cabello said that Chavez would continue being president, no matter what. Neither Illness nor the Venezuelan constitution will make any difference.

"You are wrong," he said to anyone who would expect the constitution to be followed in case of Chavez's absence. "This is not the way in which you will come into power." Poking fun at the opposition, he charged that they were all foolishly "worked up" ("alborotados") about January 10, and were "absolutely deluded" ("absolutamente pelados")......"

Of course, with John Kerry as U.S. Secretary of State we can look forward to an ever-closer cooperation with the Chavistas, with or without Chavez. Forget about any pressure from the U.S. to restore a real democracy in Venezuela......" 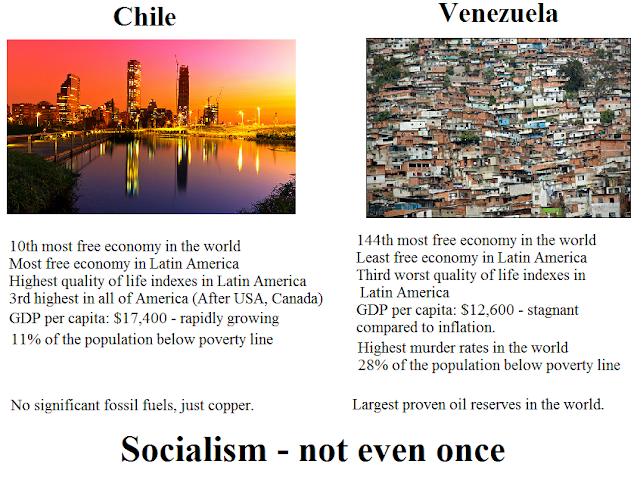