Silicon Valley Overlords Would Prefer to Silence You 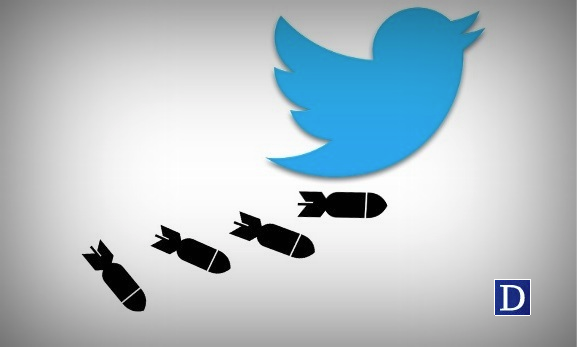 Moneyed Proglodytes and Silencing of the Right

Great read says the San Francisco based CEO of Twitter of an article titled 'The Great Lesson of California in America’s New Civil War' that pretty much advocates eradication of the right. You know, the same dude deciding who American gets to hear from and who America doesn’t, and believes there’s no bipartisan way forward at this juncture in our history

If you have high blood pressure, don’t bother reading it. Let me sum it up for you: Republicans are very evil. Too evil to tolerate. They need to be shut out of government, and all political issues. Their opinions and ideas, and those of the people who vote for them, must be banished from all thought and action. Conservatism must be eradicated in all forms so we can have a green energy utopia where no one has gender or pronouns or guns and there’s a chicken in every pot, alive and well and taking a bath because everyone is a super woke vegan who hates the whites.


"Now the entire Republican Party, and the entire conservative movement that has controlled it for the past four decades, is fully positioned for the final takedown that will cast them out for a long period of time in the political wilderness. They deserve it. Let’s just say what needs to be said: The Republican Party over the past 40 years has maneuvered itself into a position where they are the bad guys on the wrong side of history. For a long time, they have been able to hide this fact through a sophisticated series of veils, invoking cultural voodoo that fools a large enough number of Americans to stay in the game.'

The Republican Party is the party of climate change denial. Trump is the denier-in-chief, but there are 180 climate science deniers in the current Congress (142 in the House and 38 in the Senate), and none of them are Democrats. The Republican Party for the past 40 years has mastered using dog whistles to gin up racial divides to get their white voters to the polls. Trump just disposes of niceties and flatly encourages white nationalists, bans Muslims, walls off Mexicans, and calls out “shithole” countries."

This argument for one party rule, with overt references to an actual civil war while claiming to be only about a theoretical or non-physical one, is awful popular right now among leftists. You know, the ones who put Democracy on all the signs they use to protest in favor of government’s fist turning a little more iron. Democrats, who even when out of the political majority can still decide how bathrooms work in your state and whether or not you’re allowed to use a particular word.

Social media matters, y’all. You can be old and out of it and pretend it doesn’t and turn your nose up at it, but it was instrumental in electing Trump. And the Democrats know it too, that’s why they are always ranting about Russian “bots”. And Twitter is the most immediate way to communicate in social media. For a lot of bloggers and journalists and right wing activists, it’s a direct line of communication. Considering conservatives are shut out of the mainstream press about 99 percent of the time, it’s one of the ONLY lines of communication to the public. And the wealthy leftist who runs The Tweeter thinks we need a one party system, crushing decent and cutting Republican values out of society by force if necessary, is a pretty neato idea.


Kurt Schlichter has an interesting take on this story over at TownHall.