The 'Build Back Better' Bolsheviks

One of the most amusing things about the left is their absolute certainty that they know better than everyone else and that if only they ran the circus, everything would be perfect. I’m not 100 percent sure where this insanity comes from, except for saying that it’s common in philosopher-kings, i.e. people well enough off that they have no idea how most people live, where food comes from, etc.
Take one of those people and cram their heads full of theoretical knowledge. Particularly if you tell it to them as the revealed truth (as science is taught in most of our schools) and voila, someone who thinks they know everything and how everything should be done.
Which brings us to the left’ present attempt to choke Western Civilization which, granted, has been as evil and murderous as EVERY OTHER CIVILIZATION IN THE HISTORY OF MANKIND, but it with much more efficiency, but has excelled on the good side of human civilization: namely getting everyone fed, clothed, and living with a modicum of dignity. Not perfectly, of course, and there have been some truly disgusting periods, but by and large Western Civilization and it's influence has made the world a better place.
However it’s not perfect. It’s also not entirely contained within the cavernous emptiness of the average lefty’s mind. So, of course, off with its head.
And the left is absolutely, thoroughly convinced that it can “build back better.” That the system in its mind will translate perfectly into the outside world and run amazingly. Well, as we have found in the last year, the left literally doesn’t know where its food comes from; can’t understand the relationship between rent and home ownership; between GDP and currency, between– None of it.
They know so little about the real world they just don’t know what they don’t know. America, and the entire west for that matter spent 60 years keeping a cancerous USSR at bay, only to run headlong at full speed toward becoming a gay retarded version of it.
POWER TO THE CORRECT PEOPLE!
H/T Joe Dan Gorman / Blues Junky for the video
~ Thank You MJA@IOTWReport for the Linkage! ~
© Posted By Diogenes Sarcastica™ on 3/11/2021 04:35:00 PM No comments:

Democrats are known, not just for being whiny little vengeful bitches when they lose, but for also rallying the faithful to spin and cover their ineptness and corruption when in leadership. So why should we expect anything different from Joe and VP kneepads??
The duo is stepping up their game from the irrelevant hollywood weird B list star power of the War-wagon of the 'Impeachment Task Force.' According to POLITICO:

"As the new administration ramps up, many agencies will need to develop and launch compelling strategic communications campaigns to disseminate President Biden’s priorities, policies and objectives to the American public,’ said Dan Doherty, BCW’s executive vice president for North America public affairs and head of its crisis practice, in a statement."

"The new unit is already under contract with a handful of federal agencies including the VA, Commerce Department, Pentagon and HHS."

BCW is a GIANT, multinational, decades-old New York City PR machine. We’re talking Madison Avenue on steroids. They have about 4,000 employees – and their own Wikipedia page. And this giant Madison Avenue PR machine is now being paid GIANT amounts of OUR money. To attempt to sell us on what the Joe Biden Administration is doing to us. This is government attempting to peddle government awfulness just like Ben & Jerry’s peddles ice cream. Except Government Flavor tastes terrible. No matter you sell it.
BCW has a lot of experience selling terrible: Burson-Marsteller consultants were brought in by Union Carbide to conducted public relations work  cover their ass after The Bhopal disaster that killed over 2,000 people at a plant in India.  And Burson-Marsteller conducted public relations work was brought in to cover the asses of  Babcock & Wilcox, the plant’s manufacturer after the Three Mile Island accident of 1979.
Government already has plenty of high paid in-house shills. And now we have government using lots of our money to hire one of Madison Avenue’s hugest shills, one with a long history of spinning really terrible things.
Because the Biden Administration knows they have a lot of terrible things to spin.
[RedState]
[Politico]
[AGTR]
~ Thank You Larwyn's Linx@ Doug Ross Journal for the Linkage! ~
© Posted By Diogenes Sarcastica™ on 2/17/2021 03:30:00 AM No comments:

Hillary to Finally Receive Award of Which She is Truly Worthy 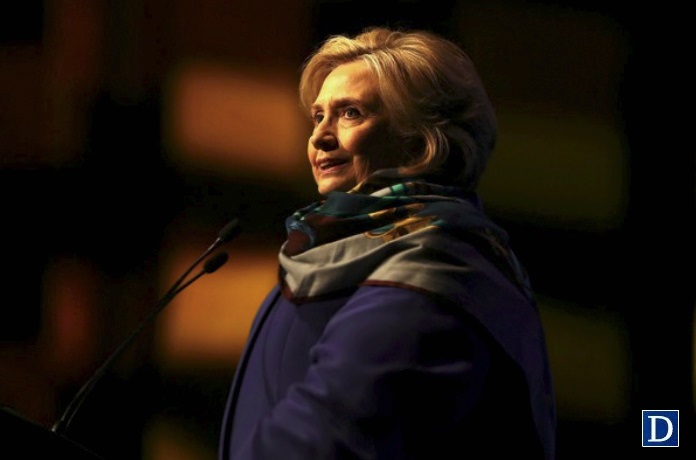 It was recently announced that Hillary Clinton will this friday receive Harvard’s prestigious 'Radcliffe Medal' for her “Transformative Impact on Society” according to the university's website. And this is one award we believe she richly deserves because her 'Transformative Impact on Society' was, in our opinion, her magnificently disastrous executed presidential campaign and resulting defeat that ushered in Donald J. Trump and the renewing of America. And for that she should be thanked wouldn't you say? Now, if she'd just take her little medal and shut her #@&%*$ mouth about it all, a nation would be grateful.

Of course the organizers at Harvard say Clinton was chosen for the award because she’s a “champion for human rights,” (yeah, I bet you're giggling at that too aren't ya) a “skilled legislator” (a one term backbench Senator with no important legislation to her name) and “an advocate of Global American Leadership” on the world stage (i.e flew around the world drinking cocktails and collecting money for her foundation and selling influence). But she did it all with such class, and for the children. Just ask the kids in Haiti.
© Posted By Diogenes Sarcastica™ on 5/20/2018 06:42:00 PM No comments:

A Society That Believes All This Nonsense Probably
Deserves to Die Out.
PJM - "For a while now, feminists have been trying to find a way to combat “toxic masculinity.” The feminist belief that rape and other sexual crimes stem from societal norms about masculinity has caused the term “toxic” to come to encompass any behavior that is traditionally considered male. So, to combat toxic masculinity, one must weed out all behaviors that are seen as masculine. Which, of course, leaves only behaviors that are seen as feminine. Which means pretty much everyone would have to act like a woman.

A recent article at HuffPost suggests a way to mainstream the idea that, in order to combat toxic masculinity, men must act like women. The article, called “It’s Time For Drag Kings To Detoxify Masculinity On TV,” is written by a drag king named Goldie Peacock. A drag king — for all you unenlightened sexist misogynists out there — is a woman who identifies as a woman but impersonates a man.

Peacock’s idea is that, because actual men have all been socially conditioned to be “toxic,” we need actual women to pretend to be men to show us what men could be like if they weren’t all so darn toxic.

Since there’s actually no such thing as men and women, a woman pretending to be a man pretty much is a man — the perfect man, according to feminists, because he acts like a woman, which isn’t really a thing, but never mind.

So, if we ditched the “male” and “female” labels for all human traits and just called them “traits,” feminists believe that all the traditionally “female” traits are good and all the traditionally “male” traits are bad. So, if we just throw out all the “male” stuff and everyone adopts the “female” stuff we’ll all be exactly the same and that sameness will be good because women are great and men are awful. Of course, there are no men or women but if there were, girls would rule and boys would drool. Hooray for Feminism......" - Read More

Ya see y'all, feminists really want us to think that because men have oppressed women in the past, women must take on masculine qualities in order to amass power for themselves. This means that the ideal woman has to act like a man in order to be powerful — but of course, she’s not toxic because she’s a woman, even though she’s acting like a man and men are toxic.

Does all this sound familiar? It should. It's virtually the same Propaganda/Strategy that's being daily rubbed in your face by another group of Whiny Bitches. Instead of Toxic Masculinity,  they call it 'White Privilege'.
© Posted By Diogenes Sarcastica™ on 4/23/2018 08:34:00 PM No comments: