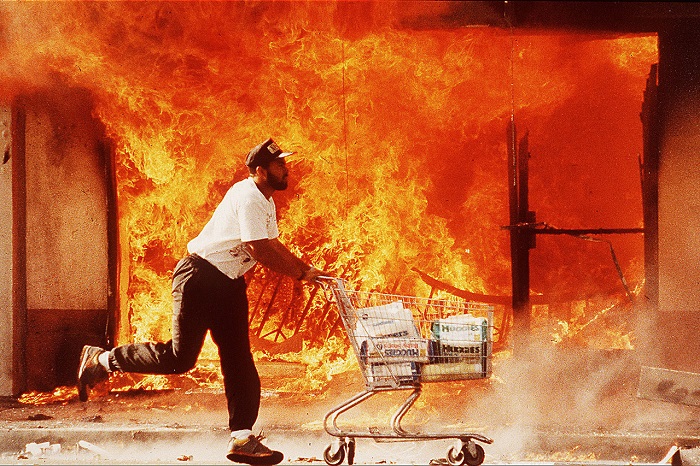 The data are not wrong, but it’s for reasons anyone with a basic understanding of nature can understand. It has nothing to do with race, but if you’re today’s media, everything has to be about race. So leave it to your taxpayer subsidized National Public Radio (NPR) to tout a report that says it tends to be hotter where minorities live.

So take it away, NPR:


"Across Baltimore, the hottest areas tend to be the poorest and that pattern is not unusual. In dozens of major U.S. cities, low-income neighborhoods are more likely to be hotter than their wealthier counterparts, according to a joint investigation by NPR and the University of Maryland’s Howard Center for Investigative Journalism.

Those exposed to that extra heat are often a city’s most vulnerable: the poorest and, our data show, disproportionately people of color...."

For all the attention NPR pays in its lead paragraphs to race and income levels, you have to read far into the story to find that NPR knows the real cause of the temperature disparities. It’s something anyone who has ever lived in a city of any size knows very well. It's called concrete and steel!!!

None of this is new or surprising. It’s hotter in cities than it is in suburbs. It always has been. And NPR didn’t just find this out when it decided to do this “study.” Instead, it’s clear what NPR did was take a temperature disparity that’s already well known and see if it could turn it into a racial story by matching up the temperature differences with race and income differences.

It was not too much of a stretch to guess that the disparities would overlay each other, even if it’s obvious that the one is not the cause of the other. And just like that, one more thing that has nothing to do with race is made to be about race by a media obsessed with the subject. Now you know. Even the temperature is racist.

I eagerly await the woke left’s attempts to figure out how to boycott it and shame it out of acceptable society.

This One Has Race Hoax Written All Over It 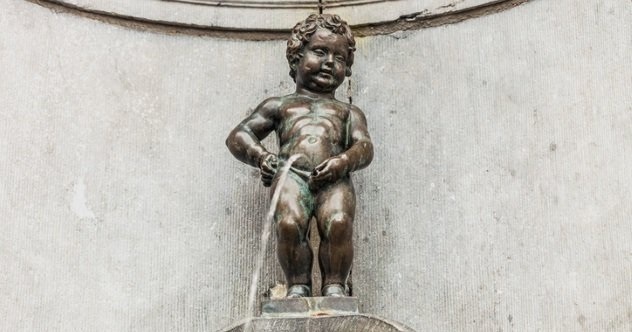 Those who have paid any attention to the spate of Race Hoaxes, if just in the last year or so, have probably noticed that the media perpetuate racial animosity through breathless reporting of these alleged incidents and used to lecture the nation about the evils of “just another day in America.”  But like petty criminals, race hoaxers usually are stupid people. And once everything comes out in the wash, very evident clues shine bright.

Sometimes, like in the example below, clues can come from verbage, (like is heard everyday and night on any MSNBC & CNN panel discussion) and maybe timing of the hoax. (the leftist pivot to 'White Supremacy ') This one looks very suspicious to me. You tell me.  (bold emphasis below is mine)


The Hill - Police in Charlotte, N.C., are investigating after a threatening letter was sent to numerous lawmakers of color in the city, including Charlotte Mayor Vi Lyles (D) . City officials told The Hill that African American members of Charlotte's city council received a letter filled with racist remarks, advocating that the lawmakers, all of whom are Democrats, be "tarred and feathered and run out of town."

The letters, which made numerous references to the lawmakers' ethnicities, were also sent to Councilwoman Dimple Ajmera (D), who is of Indian descent, according to a city spokesperson.

Among the topics in the letter, the author expressed praise for President Trump's recent tweets aimed at four minority congresswomen that urged them to "go back" to other countries."I do believe you need to go back to where you came from if you don't BEGIN to show this great country some RESPECT and HONOR," the letter read. "We'll round you up and send you screaming to the concentration camps where you belong," it continued.

It wouldn't surprise me at all if this turns out to be the act of a failed journalist, or out of work Black Studies major. Hoax or not, there's no need at all for this kinda crap!

It also worth noting that Charlotte N.C. will be the site of the 2020 Republican National Convention. Could it be that it's never to early to start stirring up the natives......

While most Americans are busy working and providing for their family, progressives have full-on invaded one the last sanctuaries of reprieve, childhood development. The race is on in many communities to prove just how “progressive” they are when it comes to being inclusive....and what’s more all-inclusive that a Satanic-looking drag queen reading to children? Fittingly, in the Michelle Obama Public Library, located in Long Beach, California, a demonic drag queen with giant horns protruding from his head was tapped to read to children. 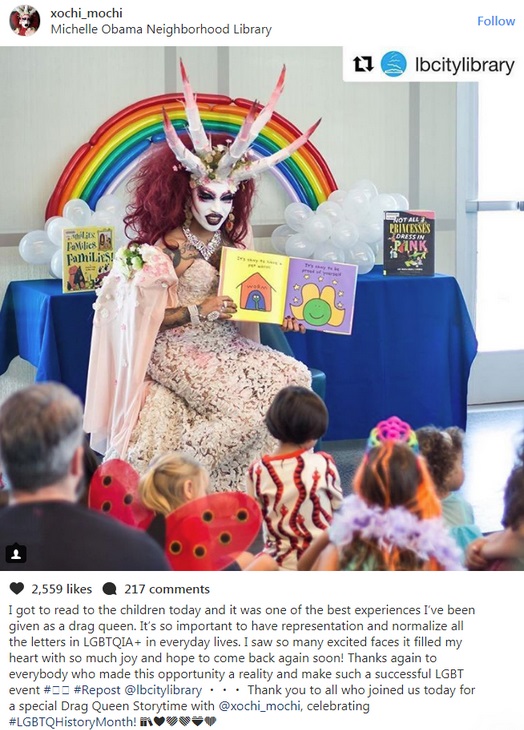 The Long Beach PUBLIC Library touted the event on social media and on its calendar of events. But, when the story drew national attention, Facebook and Twitter posts were both scrubbed. The library explained in a Facebook post Monday that the city of Long Beach deleted the earlier post because it “received several hateful and harmful comments to the LGBTQ community and was no longer a productive conversation. The Long Beach Public Library will continue to host events that celebrate the rich diversity of our City and all its residents,” the statement defiantly concluded. 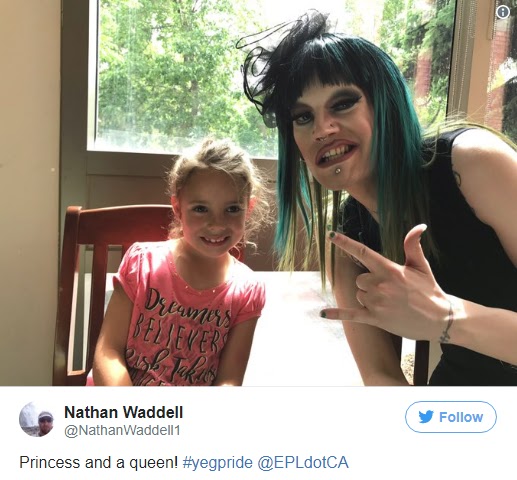 Labels: Are We There Yet?, Goodbye America, Inclusion and Tolerance?, Propaganda

We all remember the insane one, Keith Olbermann, sports correspondent for CNN, host of ESPN's SportsCenter, political commentator at MSNBC, chief news officer of the Current TV network, host at ESPN2 and TSN2, now host of a little known political web series for GQ.com, titled "The Resistance"

From a cheesy set that looks like it was rescued from a dumpster behind a local community theater company, and sounding like he's broadcasting from an abandoned warehouse somewhere in New Jersey, Olbermann lets rip a heated commentary in which he angrily pounds his fist on his desk as he urges Barack Obama to help prevent Donald Trump from assuming the presidency. He goes on to proclaim that allowing Trump to be sworn into office could mean the end to future elections in America. It's drama boy Olbermann at his demented best..........

The MSM Keep Plugging Away 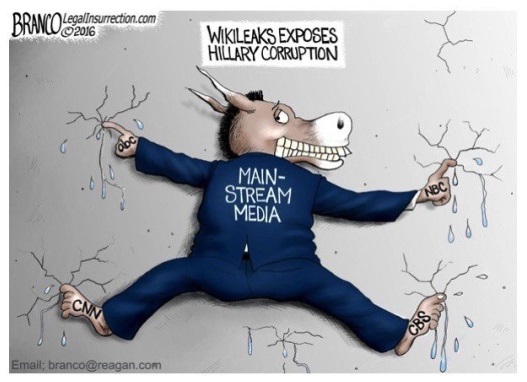 Why Politically Correct Social Sciences and Social Scientists are Pitiful, Laughable and Absurd

Hi-jacking Anthropology for the Pleasure of Race-baiters,
Radical Feminist and Global Warming Hoaxers 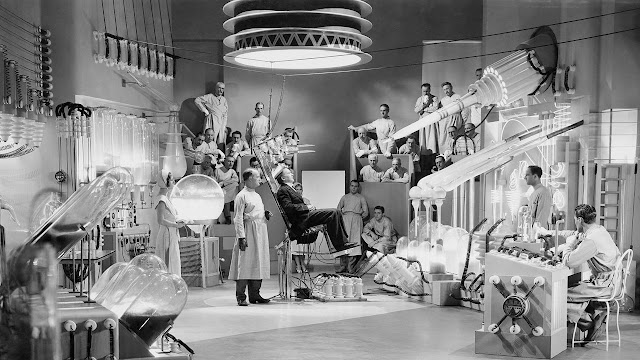 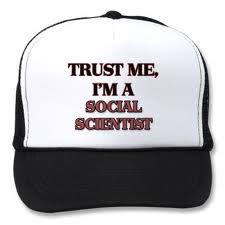 Many social science paradigms are simply (usually PC) “facts” that are accepted by everyone mostly because they are politically correct and not because they are grounded in any facts. Usually there is a grain of truth in there somewhere, but still the paradigms are more about ideology than science. If you examine a lot of these paradigms, they fall apart, often immediately and obviously, and really any commonsense Joe on the street would laugh.

Emotions run wild in the social sciences. While scientists are supposed to be emotionally constrained at least in their published statements, social scientists seem to be a lot less controlled, and language in debates is often excessively harsh for proper scientific debate, but as no one is practicing science anyway, who really cares what they think!

As opposed to saving lives as Planned Parenthood clinics do?