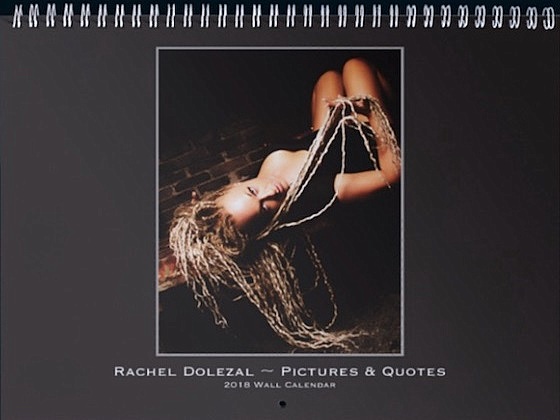 Y'all remember Rachel Dolezal, the former NAACP chapter president who was outed for pretending to be a black women when in fact she was born blonde and white. Well she's still delusional, but for all you fans she's put out a new 2018 calendar just in time for Christmas featuring her in sexy pin-up poses and chock full of motivational quotes for black people, people who wish they were black, or crazy people who think they are black when they clearly are not.


The first thing that will strike you as odd is that there IS a RachelDolezal.com.  Going there you will see that she is selling this 2018 calendar that is billed as pictures of her with “her own inspirational quotes.” If that doesn’t get you, it has this too: "With dozens of important birthdays and Black History facts throughout the year."I wonder if that includes the date everyone figured out she isn’t a black woman. For the record, that date is June 12, 2015.

She’s like the white, pretending to be black, female Tony Robbins. If people didn’t hate her so much she could be a motivational speaker with inane garbage like this:  “Don’t give up, give in, compromise or quit. Rest a little & take a breath, then stand up, raise your chin & press on,” reads the April quote. That’s good advice if you are ever busted for cultural appropriation and your entire world of lies comes crashing down around you.

“Stay woke & ready to change the world. You never know when an important opportunity will arise,” she says in December.

“Living in full color means stepping outside of the boxes prescribed by society and following the nature of your soul,” Dolezal says in May.  Liberals would agree with that last quote if it were in reference to transgender people, but because it involves a white woman who “identifies” as black........

And all of this and more can be yours for the low low price of 18.99.  She also sells “Melanin Spectrum” dolls, whatever the hell those are, so you can get all of your Christmas shopping done in one spot. 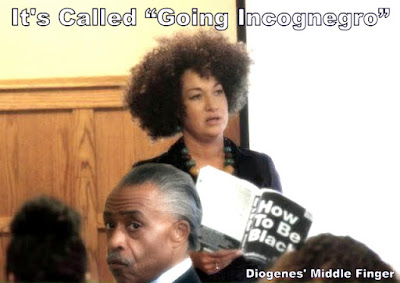 Leave it to perhaps the most famous fake news journalist to embellish and paint a doomsday scenario......

No, Ricky Was Not Poisoned By Trump and the Russians 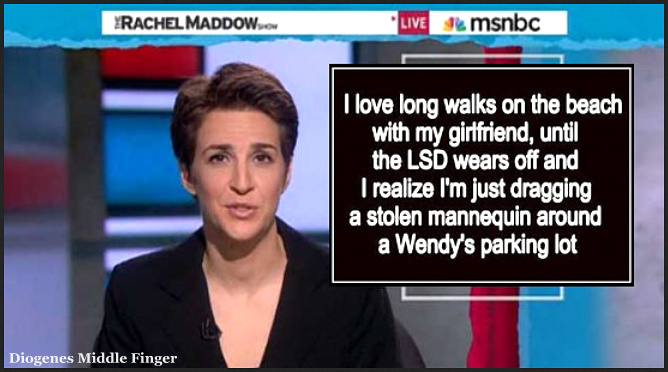 We were not actually worried that Ricky Maddow might had been poisoned by the Russians in retaliation for her constant, night-after-night, backbreaking work of reporting on the very weird and byzantine story of Russia’s hacking of the 2016 election and Team Trump’s possible collusion, being as far up the ass of the Russia story as she is.  But the lefty hate spewing forums were ablaze all weekend as to what had happened Ricky last week.  From a really bad pneumonia flu sniffle, possibly made worse by exhaustion, to being kidnapped or poisoned by the Russians.

But when Ricky STILL wasn’t back last night (Monday), we were a li’l bit concerned! The fleeting thought entered our brain that we sure hope Trump’s Russian pals didn’t try any funny business on her. But then we said to ourselves, “pffffft, that is crazy.” But then we got on FaceSpace and the Tweeter and it turned out a lot of other people were like, WHERE IS SHE? WE ARE WORRIED.”

Of course, she's probably out doing investigatin' on ALL THE OTHER SHIT Trump does, while making sure to she can start every show with a 74-minute lecture on something we didn’t know about before, like the history of Raven-Symoné fans in China, and how that connects to one time Trump toady, Paul Manafort,  who allegedly washed his grundle on a Tuesday, which connects to how this one Russian oligarch’s last name LITERALLY TRANSLATES to “Paul’s Grundle Washer”.

But word is she'll be back, hopped up on drugs, so she can continue to report on Jared Kushner begging Russia for a secret Russian spy phone, so he could tell Russian spies his secrets. And she'll be back to tell everyone about how that brave girl gave up some secret info to the Intercept and proved Trump and the Rooskies are in cahoots.

We all remember the insane one, Keith Olbermann, sports correspondent for CNN, host of ESPN's SportsCenter, political commentator at MSNBC, chief news officer of the Current TV network, host at ESPN2 and TSN2, now host of a little known political web series for GQ.com, titled "The Resistance"

From a cheesy set that looks like it was rescued from a dumpster behind a local community theater company, and sounding like he's broadcasting from an abandoned warehouse somewhere in New Jersey, Olbermann lets rip a heated commentary in which he angrily pounds his fist on his desk as he urges Barack Obama to help prevent Donald Trump from assuming the presidency. He goes on to proclaim that allowing Trump to be sworn into office could mean the end to future elections in America. It's drama boy Olbermann at his demented best.......... 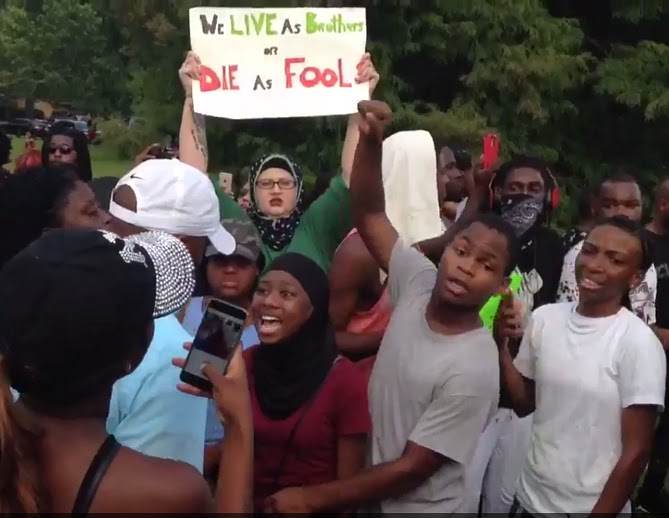 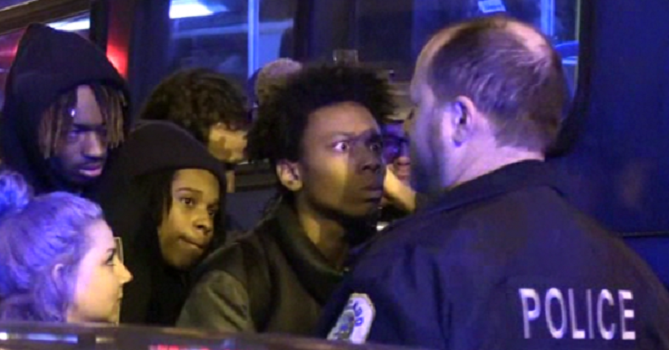 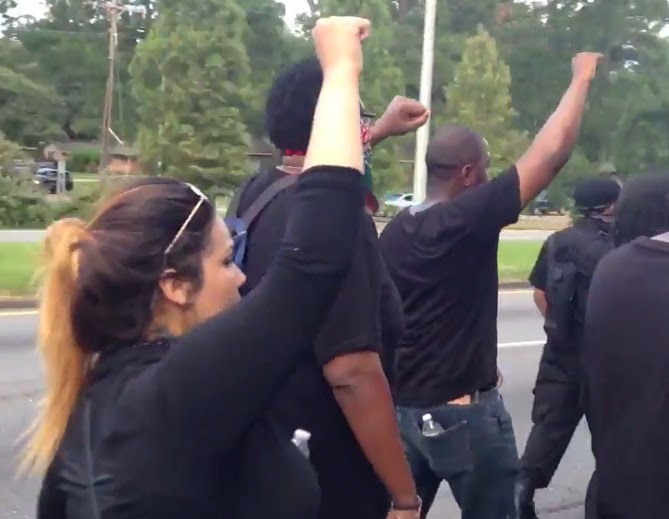 Oh You and Your Damn Privilege!

We all remember our college years, and that one very bright but slightly eccentric member of the class that could be very entertaining, but also annoying by spouting obscure ideas. For me it was a guy who called himself Alec de Tokeville, who kept a joint behind his ear and walked about misquoting Aristotle, with a little Groucho Marx mixed in. (someone told me not long ago he was some big wheel in the Buffalo Bills organization now). Today it seems the campus of higher learning are overflowing with young people with bent and twisted views of society and the world around them. This is about one such young man who is unfortunately caught up in the present fad of preaching to us about "Privilege"

I found his essay by accident on an on-line magazine called 'The Odyssey On Line'. What made me take notice was he was a student at the University of New Orleans, a place I came to know well from doing work for their library's audio archive in the past.

Citizens of the US


"Even with all of the inequalities in our society US citizens are a privileged group - check that privilege. As unfortunate as the fact is, human civil rights and freedom of choice are a privilege that many people don't have in foreign countries. We often feel entitled to invite ourselves to other countries without a problem or hesitation whenever we are upset with our government yet want to close the door on foreigners seeking refuge. Check your privilege! We should use our voices, our constitutional rights to change things in this country for the betterment of its citizens and those who seek our support rather than to scream and run away whenever we personally aren't satisfied but yet stay silent, otherwise.

P.S. I don't ever hear anyone complain about this, but why is it that citizens of the US are the only people commonly referenced as “American” when there are 34 other countries that are territories of the Americas?"

As someone who in the past has personally apologized to the country on behalf of the people of the Great State of Louisiana for foisting such nutty natives on the nation as James Carville, Ellen DeGeneres, Huey P. Newton, Richard Simmons and Britney Spears, hopefully I won't have to again for this young man. And I pray someday he comes to realize much blood was shed for those 'Privileges' of  'Civil Rights and Freedom of Choice' and he goes on to become a lawyer for GM or something and never to be heard of again.

But I really got a good chuckle when I got to this paragraph:


"I didn't realize for a while that nearly everything is structured for convenient use by right handed people, from school supplies to the structure of houses. Check your privilege. Don't try to silence a left-handed person who complains about scissors hurting their hand or how uncomfortable school desks are to sit in, or the struggle of having dirty hands from writing in pencil. This may seem petty (especially to the rest of the issues listed) but the world is made for right handed people."

Now as a life long left-handed person myself, this brilliant young man has awakened me to the facts of just how underprivileged and oppressed by society I am!  You and your 'Right-Handed Door Knobs' and Screw Drivers made for Right-Handed people!

Therefore, in respect for you humble hostess, I expect my email inbox to be overflowing with heartfelt statements of acceptance and confirmation of the readers act of Checking of Your Privilege from all you righties out there. I'll let you know if I decide to except your words as truthful, if I ever get past all my entitlements.

They Be Dissing All Up In Here

While everyone is absorbed and distracted by the every present political bitch-slapping and media driven nonsense of the presidential primary season that has begun to take on the trappings of a Marx Brothers movie, on the outskirts of reality there has been other less serious but humorous battles taking place.

Seems a 9th grade dropout / rap artist named  B.o.B. apparently believes that the world is flat, and that the highly entertaining  celebrity Planetarium Gift Shop Manager and media personality, Neil deGrasse Tyson, (who recently took to tweeter to show his trouble discerning the fact adding spaceships to a medieval style mythical story of  a boy joining up with an old wizard to save a princess from evil's grasp, is not science) is in fact  part of a vast secret scientific conspiracy to hide the fact of earth's flatness from the ignorant populous.

That idea may come as a surprise to every astronaut and cosmonaut who has orbited the Earth, but as with most conspiracy theories, flat eartherism is impervious to facts and reason.

In what has to be the weirdest rap battle in history,  the Atlanta rapper released a “diss track” called “Flatline” in which he compared himself to Malcolm X. and calls out Tyson for his belief in a round earth.  The musical salvo elicited a response in the form of another diss track called “Flat to Fact” launched at B.o.B. by Tyson and his nephew, rapper Stephen Tyson.


"Neil Tyson need to loosen up his vest

They'll probably write that man one hell of a check."

No doubt glad of the media exposure and the opportunity to connect with the rap community that has been woefully underserved by science education, Tyson and his nephew issued a cheeky response.


“I think it's very clear, that Bobby didn't read enough

And he's believing all this conspiracy theory stuff

Are these all of your thoughts or is the loud talkin?"

Diss tracks, in various forms, have been around since the ancient Irish bards. Angering an Irish musician was not something you did if you knew what was good for you. The music performed by some of those ancient musicians was said to have such power that it could cause inclement weather and make livestock sicken and die. Modern rappers have to resort to drive-by shootings when they get cross with someone.